Show me the money

Show me the money

Web 2.0 is the center of all internet activity nowadays. More and more people are joining the race to get a share of the pie by launching a web 2.0 service. And social networking is the theme most of these services revolve around. Apart from a few services like flickr that have a strong revenue model by offering paid services, most of the other services are free. And that has to be the case since most people would not pay for these services. So the wealth they generate is mostly in terms of the number of unique visitors they get.

Now, how do they monetize and capitalize on the traffic that they accumulate? The immediate thought that comes to mind is that they generate revenues by advertisements. True, that can make money, but I doubt it would make enough money to cover all their investments and ongoing costs. I was talking about this with a friend, and he casually mentioned that having a large existing and loyal user base instantly makes them eligible for acquisition by one of the GYM gang members. Does it? Do most of the web 2.0 startups that do not have a strong revenue model hope to be acquired by one of the bigger players who has the muscle to buy them out?

But does it make sense to create a service whose only hope of survival is to get acquired by someone who has enough cash reserves to keep it rolling? No, it doesn’t. I don’t think these bright people out there providing great services start out on the premise of selling their companies at some point of time, or do they?

Phil suggets there are 3 models of generating revenue for the web 2.0 companies. But do all the services qualify for them? Most of the social networking sites cannot afford to ask their users for subscriptions or commisions. So while I myself am a user of these services, it really puzzles me if and how they are making any money. 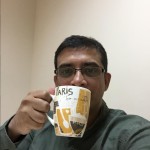 Shyamal is an experienced technology professional having expertise on the web and mobile technologies. His strength lies in his ability to successfully and repeatedly deliver projects and products (large and small) for a variety of industries.

Identifying and displaying hyperlinks in XUL