The Android world is really vast, with overall 1.5 million users and over 2 million apps on the play store which helps the consumer to do a various task like booking flight ticket, ordering food, using the banking app to do transactions, making digital payment and what not. The apps really make the user job easier. But to build such great apps it should be integrated with different third party API’s, libraries and with the internal API which will require either API key or the client secret to be sent during the access.

Most of the time we work on the shared or public repository to check-in our code, how do we keep these keys secretly?. Hard code it in source code ? or keep it in values config file? If you feel the answer for both to be yes, then next question arises is are these key or secrets are safe enough? Mind you, as the code will be committed the keys are exposed and are at potential risk.

Is there a way to safeguard these secrets by not exposing it to the outer world? The answer is YES.

Wondering how? Ok, let me walk you all through with the steps below.

With the help of Gradle script in an android studio, we can keep these secrets in the environment variable, making sure the secret is only known to the machine which is creating the build, thus injecting these secrets during the build time. Let’s see how do we make this work.

Dump your keys which you want to hide it from source code.

2. Move onto the build.gradle(modules) file and define the variable as shown in the below image
def variableName = value ? : ’error message’

The syntax is simple. Define a variable using def word and base on the condition if the variable is not null assign the value else show the appropriate error message.

3. Set the grade variable as one shown in below image.

Term ‘buildConfigField’ will configure the variable in order to access to the project.

Term ‘manifestPlaceholders’ is used to make available variables in the manifest file for defining the keys for Facebook, Geo and Fabric keys and those can be accessed in AndroidManifest.XML file as below.

Note: Please sync the gradle file once you are done with your settings respectively. Once gradle get synced. A build folder is generated with folder ‘buildConfig’ (you can find at project—>app—>build—>generated—>source—>buildConfig) which is not editable. All your gradle variables are created in BuildConfig.java file as below.

That’s it 3 steps were all it required. Hold on we haven’t done yet. We will see how do we use the key in the code.
Import the BuildConfig class generated in the place where these key/secrets need to be injected. In this case, it’s the activity where the key/secrets are injected.

Include the required key here and value will be stored and injected where requested and we can make sure the secret keys are shared with the public or shared repositories and it is only with the concerned person. 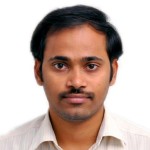 What is Azure Storage and its importance

What do you understand by Virtual Reality on HTML5