Android, an open-source operating system written in Linux is basically designed for smartphones and tablets. Initially, Android OS didn’t create any ruckus in the mobile world but it started to grow gradually. There is absolutely no denying that the Android mobile operating system has gone through a lot and climbed to new heights within a few years of its existence.

Android 1.0 is where it all began. Android was developed by Android Inc. which was later bought by Google in 2005. In 2008, with the HTC Dream as the first Android phone in the world (sometimes better known as the T-Mobile G1), it set the framework for what Android could do. It enabled WiFi, Bluetooth, camera support, folders, a web browser, notifications, voice dialing, YouTube, alarm clock, gallery, instant messaging, media player, and the whole Google apps array and Android Market. Even though it was the basic beginning, it already fulfilled a lot of what smartphones should be able to do.

The Android 1.x released after that weren’t nearly as major as the previous version, but they are still worth noting. After the big initial release, Android 1.1 focused mainly on fixing bugs and improving the API. The only new feature was the ability to save attachments in messages.

For the next update in April 2009, Android 1.5, nicknamed Cupcake released, which allowed you to use different keyboards(landscape QWERTY slider), introduced extensible home screen of any mobile platform,Clipboard improvements(Though full clipboard capability wouldn’t come to Gmail for several more versions, Cupcake added support to the browser, allowing you to copy plain text out of a page) ,picture and video recording in different formats, auto-rotation and more.

Android 1.6, the last release of the series and dubbed Donut released in September 2009, included numerous updates to text, voice, and searching. The release also supported WVGA screen resolutions, which is equivalent to 800 x 480. Throughout the entire series, the look of Android remained largely the same.

Android 2.1 mainly served as a bug fix release which included a changed API, so it shared the Éclair codename.

Android 2.2, nicknamed Froyo(Frozen Yogurt) released in May 2010, brought in some highly sought-after features which left plenty of Android fans. Not only was this release using a new kernel, but the codebase offered many performance improvements, the addition of the JIT compiler for even more speed, support for push notifications, better Exchange support, integration of the V8 JavaScript engine in the browser, support for screens of up to 320 ppi, USB tethering and WiFi hotspot, voice dialing over Bluetooth and Adobe Flash support.

Android 3.x, released in 2011, where all the releases in this series were dubbed Honeycomb(for tablets only). This series had a completely different look with a new user interface. Many of the improvements made, were meant to make using a tablet easier and to use the resources more efficiently. Since tablets are bigger than smartphones, there is more space to pack in better hardware, and Android needed to take advantage of this additional processing power.

Android 4.0, nicknamed Ice Cream Sandwich or ICS for short, released in October 2011, was the next major version for smartphones. The look of the user interface was completely overhauled, and the release also introduced the ability to use software buttons on the touchscreen instead of hardware buttons for things like Menu, Home, and Back. A performance was also significantly improved, and the UI portion of the operating system was hardware-rendered. It also introduced 1080p video recording and WiFi Direct.

Android 4.1, nicknamed Jelly Bean, released in July 2012, made notifications more actionable and allowed one device to work for multiple accounts. Get the information what you need just at the right time with Google Now introduced in Jelly Bean version.

Android 4.4, nicknamed KitKat, released in October 2013, helped us to get things done with just the sound of our voice. Saying “Ok Google” to launch voice search, get directions, send a text or even play a song. When you are hands on with your device, a new immersive design brings your content to center stage. An introduction of Smart Dialer prioritizes the contacts that you talk to most. It also looks information on unknown incoming calls from local listings on Google maps.

Android 5.0, nicknamed Lollipop, released in November 2014, had a bold visual style. The support for Multiscreen is a major change in Lollipop with which moving from phone to the tablet or to Android TV or to a Smartwatch is seamlessly easy and picking up where we left with songs, apps, movies or recent searches as well. Lock screen notifications is also a new feature that is to be noted.

Android 6.0, nicknamed Marshmallow, released in December 2015 for Nexus Devices, made us easier by creating shortcuts to smart answers with Now on Tap. Pressing Home button to get assistance anytime. Giving us control of App permissions to define what we want to share with apps on our device. Marshmallow even optimises our Battery juice for what matters most to us with smart battery discharge.

Android 7.0, nicknamed Nougat, released in August 2016 for first new smartphone LG V20, and rolling out for Nexus devices thereafter had increased stability. It introduced Android Beta Program where users registered in it can try out new unreleased features of some apps under development for free which is also available for Android Marshmallow now. And Support for Android Pay, Multi-Window mode, and Google Daydream are major features in Nougat. In terms of Performance, security, productivity, Android Nougat is Outstanding. The latest update is Android 7.1.1 till now which is running in only a few devices which include minor bug fixes and features.

Android has indeed come a very long way, but the road which it has traveled down has been quite a successful one. Android wouldn’t have come as far without its backing and development effort. Google has made a revolution in digital industry with Android. 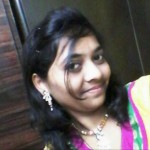 How to create a Proof of concept your clients will love?

What is CloudKit and its overview?