Although we are ‘big’ Eclipse fans and have been using it for many years for everything (PHP/symfony, Java, XUL, HTML) and have even contributed plugins but we decided to evaluate NetBeans to see if it gives any extra features that might help/speed up development for our forth coming Java EE project.
Technologies we are going to use in our application are:

We are comparing
NetBeans 6 Beta 1 and Eclipse 3.3 Java EE

Creating a new web project is pretty straight forward. Both IDEs create more or less same directory structure only difference being the location where Java source files are stored. Eclipse keeps them under src where as NetBeans keeps them under src/java.
Next thing I wanted to do was import (share) my project to CVS. Found it more user friendly in Eclipse although NetBeans was equally straight forward.

Other differences
– In Netbeans you don’t have to click on ‘fast views’ just mouse over brings the window.

– Can’t easily change destination of compiled class files in NetBeans. We wanted to try directory deployment feature of GlassFish so that we don’t have to create .war every time, this required us to compile and put the class files in WEB-INF/class folder. This setting is pretty straight forward in Eclipse whereas you have to change projects.properties file in NetBeans. (Or it was not easy to find how to change it via UI)

– One of the biggest inconveniences was not having auto import while writing Java Code. Eclipse will auto import a class if you use it (Ctrl+space) but in NetBeans you have to manually add imports. There is fix imports also but thats an extra step.

– Eclipse UI in general is more user friendly. As an example ‘output console’ had a title bar and then some tabs. Each of these tabs are (or at least look) like individual windows with separate x (close) buttons. Its very natural to double click on the title to maximize it, hence you would try to double click on title ‘GlassFish v2’ but it will not do anything. You will have to double click on the bar above it ‘Output’. This is understandable but not ‘really’ as expected. On the other hand eclipse is pretty straight forward.

– Eclipse kept on crashing (giving out of memory error) on my colleague’s laptop which has 1GB RAM, this happens when he tries to run GlassFish from Eclipse. Trying to run GF outside of Eclipse doesn’t crash it. This is actually a show stopper, or he needs to upgrade RAM

– I couldn’t figure out how to auto compile and auto deploy application on NetBeans. Every time you change a class file you need to ‘build’ and ‘run’ or ‘deploy’ on the other hand Eclipse will compile and deploy automatically on save. On the other hand auto deploying can also become a problem when application size grows. But this made it very smooth on Eclipse to build/test.

We also evaluated how to create a project so that it can be opened in both the IDEs so that we can either switch or let programmers choose whatever they want. There was no ‘huge’ difference of features or one IDE helping a LOT. On the other hand as we are comfortable with Eclipse shifting on NetBeans can be counter productive as we have to learn/get used to the new IDE. We know that we will need NetBeans for debugging and profiling but development will be faster with Eclipse using directory deploy and .reload feature of GlassFish. 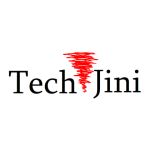