How Augmented Reality is Changing the Way Customers See the World


How Augmented Reality is Changing the Way Customers See the World

Have you seen people trying new dresses on a virtual mannequin on their mobile phones or computer to check the fit and look? That’s only the beginning of the immense possibilities that AR holds for customers. Augmented reality (AR) is quickly becoming a strong consideration for the marketing leaders and finding an integral place in the strategic planning.

AR was introduced for the first time several decades ago in 1968 and got this name with its first application in the early 1990s.

The interest around it began to rise in after 2010, peaked in 2016 and has sustained over the following years. It has come several miles ahead over the years and today, it’s no less an art than science.

AR can be understood as the integrating data to create digital images and projecting them over the real world in real-time. Closely related to virtual reality (VR), AR is different in that instead of creating an entirely artificial environment, digital information is overlaid on top of the already existing environment of the user. Unlike virtual reality, it doesn’t require you to put on that heavy headset over your eyes.

Even if one might not be aware of the terminology, AR technology is being used everywhere around us. Some mainstream examples might be Snapchat filters that are all the rage or the short-lived but intense popularity of Pokemon Go. From the marketing perspective, it is highly useful in providing the customers with an additional information to get the idea of a product or service in the most realistic manner.

Experiences with AR/VR technology can be immersive in a unique way. With more exposure to these kinds of applications, our relationship with technology is changing.

Augmented Reality in itself is not a new idea. It was developed in the 1990s by the U.S. Air Force as an assistant for practice and testing. Over the years, there have been many attempts to bring AR to the masses, some semi-successful, others not so much.

In 2013, Google Glass was released, an optical head-mounted android device, the very image of science fiction come to life. But due to its awkward look, and overall subpar quality of the experience, the product never took off despite heavy expectations.

AR certainly has huge scope in everything from digital marketing, to the customer experience. It is an opportune time for brands to differentiate themselves and reach a wider market. Brands that rely on e-commerce can attract potential audiences with this method.

In the past, AR has always had the fatal flaw of being quite distinct from the environment it is set in. For this reason, it was not thought of as a high-quality experience. The problems mainly had to do with the unstable position of the objects in the AR and the difficulty in scalability.

This changed when Apple rolled out iOS 11 and ARkit, and now Google’s ARCore has also followed. These platforms give tools to creators to design their own Augmented Reality experiences. AR is more realistic than ever before, and the potential of AR has moved well past gaming or gimmicks.

AR has the potential to create an immersive experience for customers, which is not only more convenient; it gives brands avenues through which they can sell their products efficiently.

As of right now, this seems to be the biggest area where AR has become invaluable. One problem of e-commerce has been that customers are not able to correctly evaluate the size and nature of the products they are about to buy. They lack the ability to accurately imagine how these products might fit into their rooms, how these products would look on their faces.

This problem is readily solved through creatively using AR technology, and many brands have already taken notice.

In International Markets, Sephora, a France-based multinational chain of personal care and beauty stores, has already started imagining the practical uses of AR, much beyond Flower Crowns, Animal ears, and Rainbow Puking filters.

This year, Sephora updated its app to feature a tool that lets you virtually try on makeup products based on your complexion. A similar example is Lenskart, which enables the user to try on their glasses before buying them.

The US-based Home Depot and Lowe’s let customers use their smartphones to view how paint colors will look like when they are applied to any walls, with similar shades given as comparisons.

30% of all products ordered online are returned. This is in contrast to retail stores, who only receive about 8% of all sales. The use of apps as a sort of augmented mirror reduces these returns. Customers, who have gotten used to being able to try out products in relation to their environment, might avoid coming to e-commerce sites lacking these features.

First popularized by Google’s Street View, 360 videos are becoming a popular digital marketing strategy. Anyone who has recently used Google Maps knows how engaging it can be to visit a place virtually. Recently, many leading builders are adopting AR to establish trust and transparency for their customer. Any company involved with real estate can use 360 videos to their advantage.

For example, a real estate developer can use it to give the buyer a precise idea about where they would be living, how their surrounding would look like etc, even when their residential unit has not yet been constructed.

Videos have already shown themselves to be successful in digital marketing. 360 Video takes it a step further, but, with three-dimensionality which a video cannot achieve due to its constraints.

For customers to be secure in their creative direction, Amikasa 3-D Room Designer lets them walk through the designed floor plans before constructing them. Many hotels have made 360 Videos of their facilities on site. While 360 Video has been a mainstay on YouTube, many brands are considering this tool as a valid technique for Digital Marketing.

AR/VR technologies are adding new paradigms to the business models by giving customers a personalized experience and involving them in product design and development. They’re empowering customers by helping them make more informed decisions. Moreover, they can even share their real-time feedback.

However, AR seems to be a step ahead as it’s more convenient and less expensive. With advancement in mobile technology, marketers will soon be seen designing campaigns that can fit in the handheld device of their customers.

The potential of AR has only begun to unwrap but it’s likely to happen sooner than we think, with more impact than we anticipate. 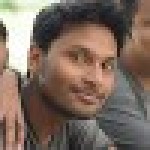 Aman is a Digital Marketing Executive at TechJini. He frequently writes blogs on IoT, Automation and Digital Transformation.

Things to Remember While Onboarding an Offshore Software Development Partner