What is Angular Directives and its overview

What is Angular Directives and its overview

Angularjs directives can be used to manipulate the DOM, those will be represented with prefix ‘ng-’.  The main and first directive that should be included in all angular app is “ng-app”. This directive will help us to specify the angular properties which are used in that application.There are many inbuilt directives in angular to manipulate DOM through javascript.

This will initialize the angular section in application

This will be used to initialize the default value for variable

The directive to bind the values between view and controller in angular. Without this directive, binding can be done by using “{{ }}” directly.

Eg: Display the value in a webpage.

Eg: To style our element

This attribute is same as javascript on click attribute, this will help us to make user interaction  websites in angular

On click of this button, it will trigger the function named callFunction.

This directive can be used to decide that the DOM element should be present on the website or not.

This div will be always visible

This directive will work like a for loop in javascript, this will repeat the DOM element till the user specified value.

Plunker link for ng-repeat is here

This directive will give the access to two-way binding in angular. In ng-bind we can only view the controller generated values in web page, to get the user entered values in the web page dynamically ng-model directive  will be used

The “modelVariable” will be scoped element in controller

The above tag will display the value of the modelVariable in an input box.

We can specify the controller for the app using this directive. The plunker link for ng-model and ng-controller is here

This tag will specify the controller of the body.

There are many more angular directives available to manipulate the DOM to know more about it please click here.

We can also create our own directive in angular app

Directives are defined using “directive” function in the angular app, Directive will replace the DOM element for which it should be activated.

That can be replaced by following type of elements,

Our custom directive will be activated by matching element in DOM.

Directive will replace the element which is having matching attribute.

The custom directive will replace the element which is having matching CSS style.

Using custom directives we can write our own tags in HTML, That will be replaced with our directive template.

We can restrict the way for using our directive in HTML using this option, in this, we can write the type of the elements.

This will accept the boolean value, based on that value the other directive in lower priority will be decided to execute.

Eg: terminal: false // by default this will be false

To replace the directive element we can give a path to another HTML file using this property.

Eg: replace: true // the directive name will be replaced with template

We can specify separate controller for each directive using this property.

This will be true for the child directive element for another directive.

This property must be true to render the values in between the directive tag when it is restricted as Element.

Eg: transclude: true // this will allow us to write our inputs in between our directive tag

The link is the function where we can write our logic to be executed after the directive rendered in DOM.

// this will be executed after our directive rendered in DOM 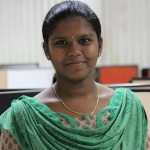 Why Retailers Should Build a Mobile App