“Bharat is getting online faster than India” .The ever growing rural market of India has seen increase in adoption of mobile phones from 22% to 38% in last couple of years. India has close to 750 million mobile internet users out of which 350 million are from rural India. Hence with the increase of the adoption of the mobile phones, comes the demand for the mobile apps.

Still at the nascent stage though but people in rural India have started upgrading their featured phones to smart phones for very basic requirements like watching latest regional movies, listening to music, online shopping, get local weather updates etc. Companies like Jivi, Ziox, Swipe are tapping such markets and slowly increasing their market share. Also the consumption of mobile video content is many folds higher in Tier2 and Tier3 cities than the Urban India.

Also with the evolution of multi lingual mobile applications/keyboard applications life has become easy for the non-English speaking rural Indians to get engaged with their smartphones. Beneath are some of the sectors where mobile apps have hugely accepted by rural Indians

Mobile apps are also acting as platform for the social and behavioral change among the rural populations. There are apps helping rural married women understanding various contraceptive choices, apps streaming various videos about family planning, apps showing videos on how to maintain a hygienic life style etc. In coastal India, fishermen are using mobile apps to understand the sea behavior, wave heights, wind speed, weather forecast  etc. which helps them in deciding whether to go out for fishing or not.

Thus evolution of mobile apps has largely affected almost every aspects of rural development and will continue to bring in the change among the rural population. 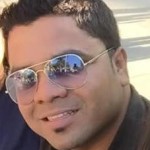 Enterprise Mobility: What Does it Mean To You As a Business Owner?

Does Your Business Require a Mobile App?